What a Lot of Robo-Snot! 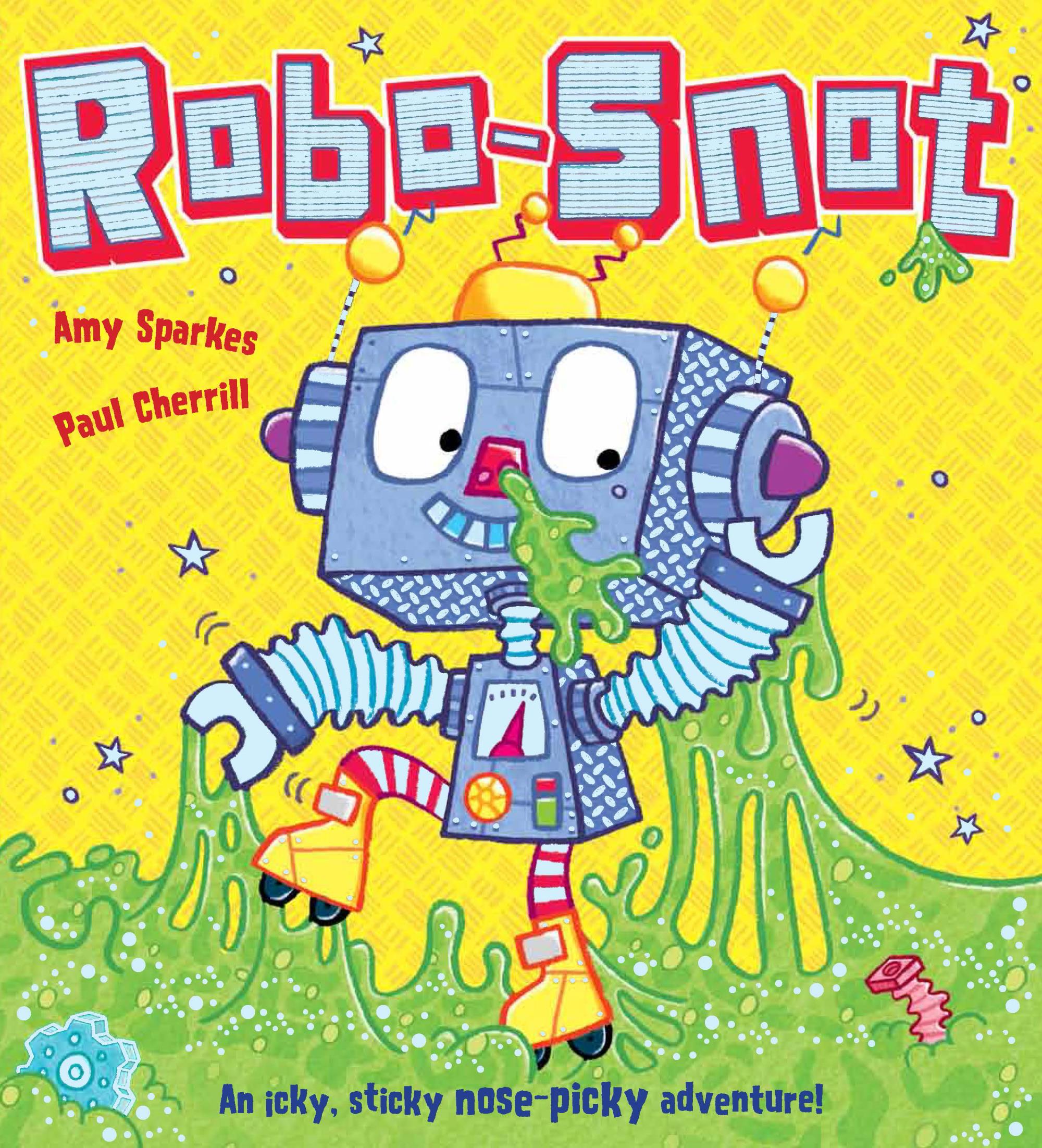 I’m snot-astically delighted to share the cover of my new book, Robo-Snot, illustrated by the talented Paul Cherrill and coming out with Scholastic this October! Big thanks to Paul, editor Emma and the team at Scholastic for all their hard work and for making this book such fun to produce. 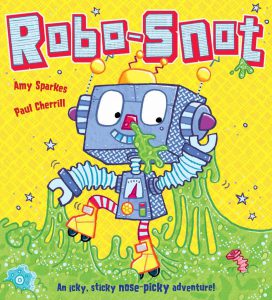 What’s it about? It all starts when Little Robot has an itchy nose. Next comes a strange “AAAACHOOOO!” noise, followed by the swift and mysterious appearance of some sticky, stretchy, gooey green stuff, the like of which has NEVER been seen by robot-kind before. Soon Little Robot’s snot makes him famous. He doesn’t want to share it with anyone, but, just as he realises there is such a thing as too much snot, all of the other robots start sneezing too!

The inspiration for this book came a couple of winters ago when all of my children were, shall we say, struggling with seasonal symptoms! I’d just been asked to come up with a funny-yucky book. Decision made.

That same winter, my littlest was admitted to hospital. The children’s ward was filled with struggling babies, mine included. As my little one was attached to various tubes and monitors, I thought how blessed we were to have medical help and equipment to hand.

Around the same time, a friend of mine had a baby – born at just 27 weeks. He was in hospital for many weeks. She mentioned to me that a lot of the medical equipment which was busy saving her little boy’s life had been donated by a charity called Ickle Pickles. There is such pressure on the Neonatal Units throughout the country but Ickle Pickles helps by turning donations into specialised equipment such as incubators and ventilators.

My books donate to charities concerned with saving babies’ lives and Ickle Pickles seemed just the right charity for this book! I’m delighted that 5% of author royalties will be going to support them.

So an icky-sticky hurrah for snot. It has its uses after all – just ask Little Robot.

You can pre-order Robo-Snot on Amazon here !