Of potties, hooks and picture books

Posted at 12:57h in Inspiration by Amy Sparkes
0 Likes 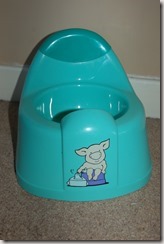 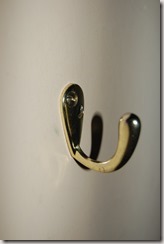 I am in the process of potty-training my 17-month daughter. What has this to do with picture books? Everything!

On the first attempt, to persuade her to stay on said potty, without leaving a charming trail of destruction and chaos behind her, I pulled out the ultimate weapon: a picture book. Being somewhat disorganised, I literally grabbed the nearest book to me, which happened to be ‘Hairy Maclary from Donaldson’s Dairy’ by the talented Lynley Dodd (published by Puffin). And I began to read.

This was a story we hadn’t actually sat down and read together before and she was mesmerised (for which I, and my carpets, are truly grateful). So later that day, when it was time for the second attempt, she requested the book again. This time, she held the book herself, but began flicking through the pages faster than I could read the text. Why? Because, as with many brilliantly written picture books, it had one of those bits, you know: The Bit They Are Waiting For. Also known as: The Hook. After the book has been read once, it’s the part which draws the reader in again. It’s often the moment where the story is turned on its head and often filled with humour…It’s the part children can’t wait to get to, and as my daughter is only 17 months, she obviously felt perfectly justified in skipping straight to that bit while poor Mummy gabbled like a nutcase trying to catch up. (No, it didn’t occur to me to stop).

When she found the right page, we read that one and the following page (complete with dramatic sound effects). And then, she turned back a page. And we had to read the two pages again. And again. AND AGAIN. The delight on her face was wonderful. It had completely tapped into her sense of humour and is a perfect example of how a picture book can engage really young children.

I think this book will always be special for us now. Only one problem that I can see – when she’s older, she may not be able to listen to the story in the future without feeling an urge to dash somewhere!